I’m the only one *I* know who’s watched Matthew Weiner’s Amazon Prime show the Romanoffs (I stan Mad Men and Russian things, what can I say?), so this next reference might be pointless but here we go:

There’s a scene in the Mexico City-set sixth episode in which a local man takes an American lady and her son to the Palacio Nacional to see all of Mexican history depicted in Diego Rivera’s murals there. The scene was gorgeous and educational in its own right, but it also reminded me of a Barbara Kingsolver book I’d read (and loved) years before in which I seemed to remember a young protagonist mixing the plaster for Diego during the murals’ creation. I decided I had to reread the Lacuna before my trip to Mexico.

Ultimately I did the bulk of my reading during my trip, and found the book really enhanced the experience in that it provided a very intimate glimpse into the lives of Diego and Frida, which in turn provided meaningful context for so many of the sites I wound up visiting. While I alluded to these stops during my summaries of Day 1 and Days 2/3, I thought it best to have this separate post to share some extra details.

My first Rivera-themed stop was at the Diego Rivera Mural Museum, appropriately next to Alameda Central [Park] near the city center. I say “appropriately” because the sole mural housed there is titled “Dream of a Sunday Afternoon in Alameda Central” and, like Rivera’s ode to Mexico’s past in the Palacio Nacional, it is a composite of many historical and/or folk-lorical figures who helped shape the country in one way or another. It was commissioned for the dining room of the Hotel del Prado, which was located near the park until the devastating earthquake that ravaged Mexico City in 1985. By that time the mural had been moved to the lobby, where it managed to survive the earthquake. (The restaurant was destroyed.) Shortly thereafter it was moved to its nearby current home and the museum was established. Of course, as a Rivera work it could not exist without some controversy (spoiler: one character was painted holding a piece of paper reading, “God does not exist.”). For more on the controversy and an abbreviated who’s-who of those immortalized in the painting go here.

As I mentioned in an earlier post, my intended next Rivera/Kahlo-inspired stop was Frida’s Casa Azul, but it was sadly sold out for the whole weekend. Luckily, I had two formidable consolation prizes that weren’t nearly as crowded! The first was Lev Trotsky’s house/museum, just blocks from the Blue House. While this might seem like a random leap, Frida Kahlo and Diego Rivera had sheltered Lev Trotsky, the exiled former Bolshevik leader who’d fallen afoul of Stalin, at the Casa Azul from 1937-39. After politics and certain marital transgressions caused a schism between Rivera and Trotsky, Trotsky and his wife Natalia moved to the nearby house where they lived until Trotsky’s assassination– in his study at that very house– by Stalinist agents in 1940.

The museum had many of the Trotskys’ personal photos and belongings, and there was also an interesting exhibit detailing year-by-year accounts of what was happening in Mexico, Russia/the USSR, and the rest of the world simultaneously throughout the 20th century. Lev is buried out back, in the cactus garden he lovingly tended (per museum plaques as well as Kingsolver’s telling). The Lacuna is quite sympathetic to Trotsky, painting him fairly unequivocally as one of history’s tragic figures. It was moving to be in the place where he spent the last of his days continuing to write and fight, against all odds, for a cause in which he truly believed; to see the desk at which he was seated when blindsided by an ice pick.

On my second try, I made it to the murals at the Palacio Nacional. I thought the “Dream of a Sunday Afternoon” might have prepared me for the scope and detail of it all, but I was wrong. It was really just astounding… the artistry, the storytelling, all of it. Pictures don’t do it justice, but I certainly tried.

And my final ‘consolation prize’ for missing the Frida house was her other house. Her somewhat detested, only-lived-there-when-she-wasn’t-too-angry-at-Diego house. Her concrete red cube connected by a walkway to Diego’s concrete blue cube– his house and studio designed in the funcialismo style by his buddy Juan O’Gorman. This was another cool thing to see come to life, as Kingsolver seemed to have fun disparaging the structure through the eyes of her narrator, who likened it to a child’s plaything left strewn on a bedroom floor. I also enjoyed seeing some of Diego’s other artistic pursuits on display in the museum– not least of which, a sketch of what would become the Palacio Nacional murals.

So, there you go. Thanks for letting me geek out on art and history and books for a bit! Go read the Lacuna! It’s really great! 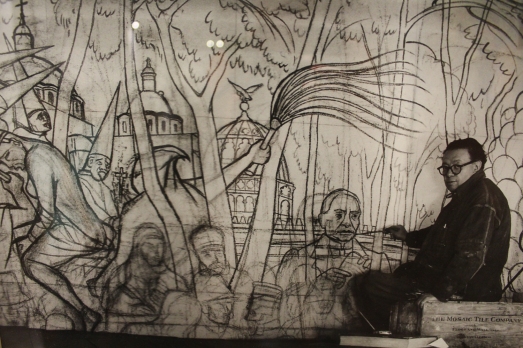 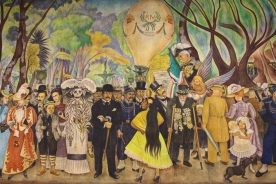 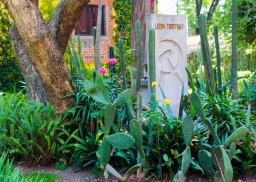 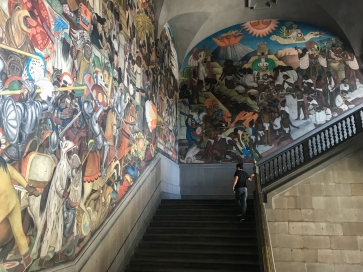 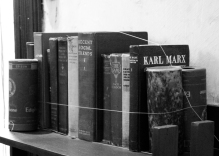 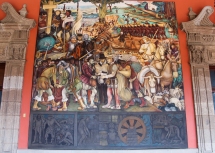 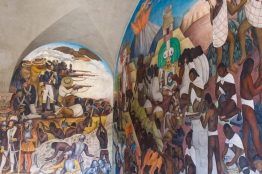 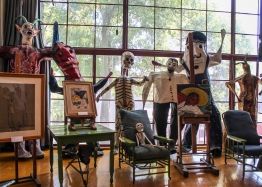 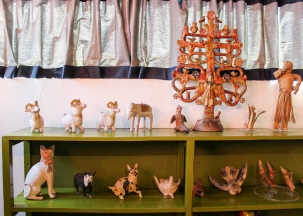 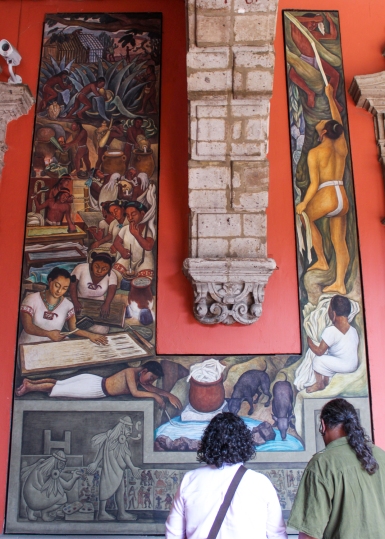 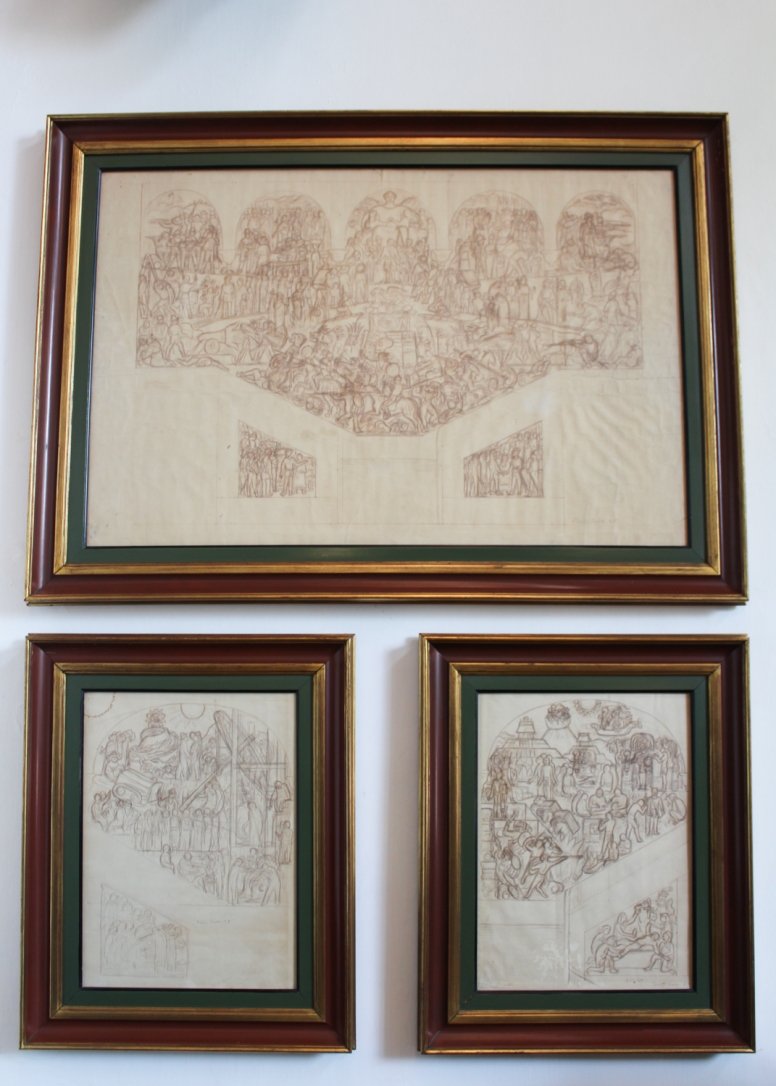 I’m chuffed that everyone enjoyed the Celine Dion/power map reel, and while it WAS nice to return to a nearly-fully-powered (albeit a bit smelly & fly-ridden) New Orleans, I worry that I’ve helped bolster a dangerous narrative: that if New Orleans is fine, everything’s fine.
“Some bald guy” was being filmed on the river last night (later learned it was hurricane-famous meteorologist @jimcantore 😂🤷‍♀️) so there was too much hubbub for me to set up there, but I didn’t bike out to skate and NOT get a timelapse (a particularly shitty iPhone one at that 🤪) so here’s some good vibes & the last of our clear skies for a while. #hurricaneida #neworleans #timelapse #timelapsechasers #timelapsevideo
Had to take some photos around town yesterday for a gig; here are a few I liked that didn’t make the cut. Keep your eyes peeled for a little ghostpup @ollieinamerica 👻🐕
Ugh you know that thing when you’re trying to get your subject to eat the leaf & instead they make a house from it? 🤦‍♀️

didn’t peak in high school; still out here gettin cuter 💅
Virginia Lee leaves; Virginia bbs.
Links to my documentation of Hurricane Ida as well as to hurricane relief organizations are up at my link in bio. Power has been back at my apartment since Saturday and I will be heading back on Wednesday, Sept. 8 with supplies.
Had to do it 🤡. Penultimate #RoadTrip2021 post, re: #Marfa, at link in bio.
Loading Comments...