Claiborne Avenue, one of the main river-tracking thoroughfares of New Orleans, is a memorable area of the city– especially the section that runs below Interstate 10. Here you’ll find one of New Orleans’ prominent homeless tent cities, where volunteers set up meal delivery and haircut stations from time to time. Sometimes there’s a mobile clinic under there; sometimes a mobile car-washing service. On Saints game days, or after the passing of local celebrities such as Dr. John, huge crowds convene below the interstate for second line celebrations. There are as many displays of art, often honoring local historical figures, as there are blighted former residences and businesses along the corridor.

Up until the ’70s, the Claiborne Corridor was a thriving Black business district, with stately live oaks along the neutral ground (as can be found along Esplanade or Saint Charles still today) where the concrete columns supporting the highway now stand. It is one of the shameful facts of development in New Orleans that, of course, this was the thoroughfare selected for the route of the interstate when it came time to link the Big Easy up to the modern American highway system. The impact the decision had on the flourishing community there was severe, and devastating. Property values plummeted, businesses closed, and longtime residents were forced from their homes (or simply chose to relocate, after the green views outside their front door were replaced with cement).

Now more than ever, there are efforts to revitalize this space, with organizations such as the Cultural Innovation District helping to promote and organize art, clean-up, and business development programs in the area. As such, it is an intriguing and ever-changing location to snap some photos. I live nearby, and expect this collection will grow: 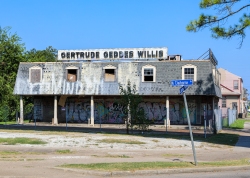 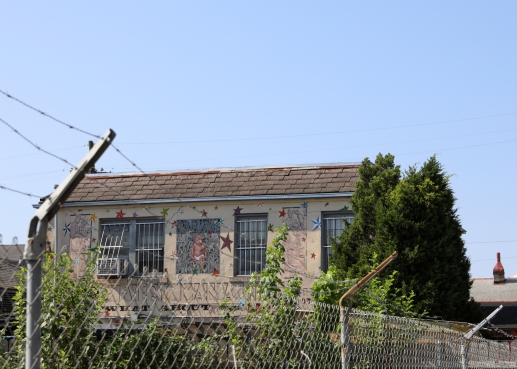 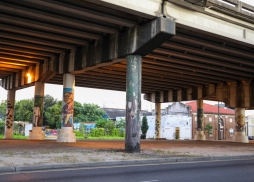 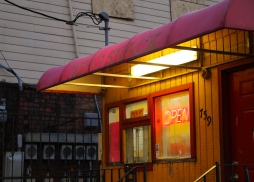 if it #schlitz it sits. can’t stay away from #wisconsin. photos from a #fonddulac work trip
caught some good light before @thundercatmusic last night. @earthwindandfire was here too, on almost the right night of september. thanks everybody ❤️❤️❤️
a decade i’ve tried not to take for granted 🥺🙏
one more from wisconsin. (you know i can’t resist a rusty truck & some lens flare 🛻✨)
Loading Comments...