Monday, March 16 I took a quick tour of my Tremé neighborhood, through Armstrong Park and down along Rampart Street to find ‘signs of shutdown,’ which I succeeded in doing at a café, the local rec center, a school, a performing arts center, and a restaurant. In a few of these cases, the shutdowns and reduced hours were voluntary measures taken out of ‘an abundance of caution’ (one of the popular phrases of 2020) on the part of the shops’ own management. By the time I finished my walk, the official order had come down from the Governor prohibiting dining in, and closing bars and theaters. Mayor Cantrell extended the restrictions to gyms and malls shortly thereafter. 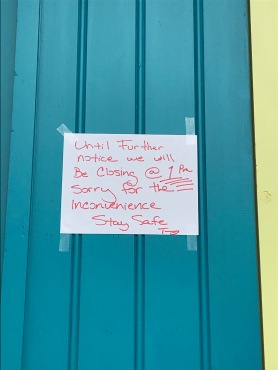 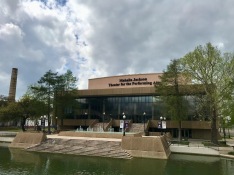 Tuesday, March 17 I walked Ollie along the Lafitte Greenway to Bayou Saint John. The decision was made to postpone Jazz Fest (originally scheduled for the last weekend of April and first weekend of May) to the Fall. I finally brought myself to finish watching a long-time Netflix favorite, Bojack Horseman. 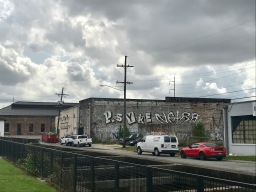 Wednesday, March 18 We walked through the nearly-abandoned French Quarter to the Mississippi. 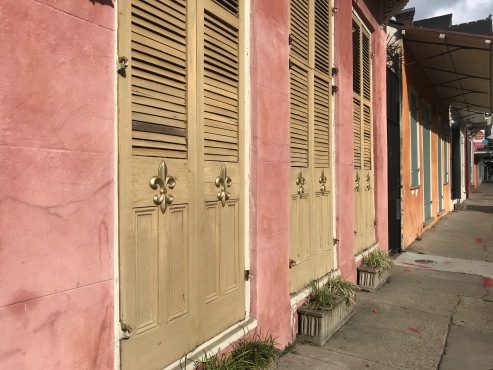 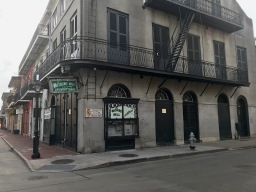 Thursday, March 19 I got a few random photos in the neighborhood and some good advice re: time expenditure from Dad. Took my neighbor grocery shopping; got content for a meme of me socially distancing from corn. (Note that I’ve since adopted the practice of wearing a mask to the grocery store.)

Friday, March 20 I noticed gas prices had gone down to $1.69 and many shelves of essentials at Wal-Mart were empty. I started a garden with provisions from a noticeably busy Lowe’s. My roundup of local artists to support during festival and market shutdowns was published on Very Local NOLA. That afternoon, Mayor Cantrell issued a “Stay Home” mandate through April 30, which included exceptions for responsibly-distanced exercise and outdoor recreation, but otherwise required residents to stay home except for truly essential outings. 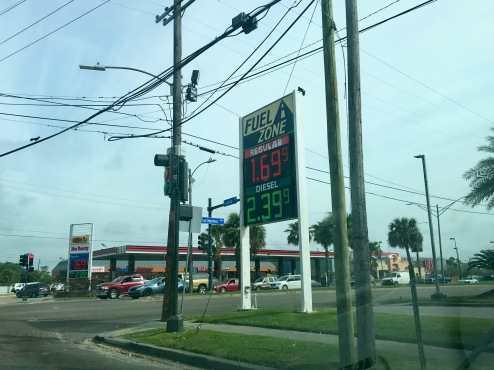 Saturday, March 21 Ollie and I found a nice secluded spot on Lake Pontchartrain where we could while away an hour or so, though many people were out and about and the lakefront was eventually closed. Quarantine baking: hamburger bun edition. 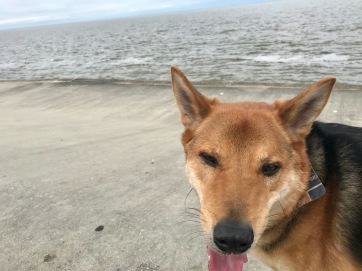 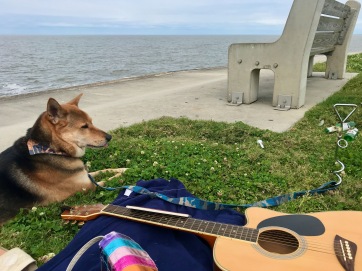 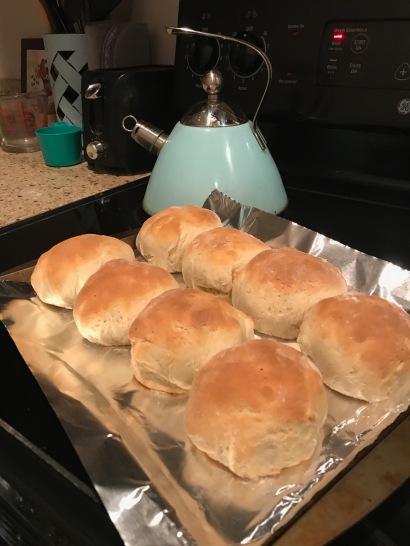 Sunday, March 22 We went back through the Quarter to the river. Drive-thru testing centers were set up in Orleans and Jefferson Parishes, each accommodating up to 250 symptomatic individuals per day. One such center was set up in the parking lot of the Mahalia Jackson Theater, in nearby Armstrong Park, but I hadn’t been kept up to speed on it prior to it happening and it was a bit unnerving to watch the National Guard set up camp a block away from me without knowing why.

if it #schlitz it sits. can’t stay away from #wisconsin. photos from a #fonddulac work trip
caught some good light before @thundercatmusic last night. @earthwindandfire was here too, on almost the right night of september. thanks everybody ❤️❤️❤️
a decade i’ve tried not to take for granted 🥺🙏
one more from wisconsin. (you know i can’t resist a rusty truck & some lens flare 🛻✨)
Loading Comments...
%d bloggers like this: